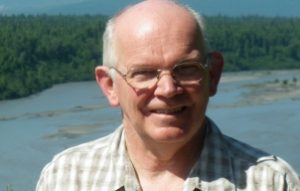 Australia Day brought surprising, delightful news. Peter Maher, InterPlay Board member from Sydney, has received an Order of Australia for service to religion, and to the community through a range of programs promoting acceptance and diversity. Part of his award mentions: National Board Member, InterPlay Australia, since 2009; global social movement dedicated to ease, connection, human sustainability and play This is a great honour and something to celebrate!

Order of Australia for InterPlayer and Board member Peter Maher